What happens when you overblow a hole with the SAME TONE on the blow and draw reeds? (Question by Zvika Dror Sparrow) This refers to an altered tuning where the notes of a Standard Richter harmonica are changed to open up new possibilities. 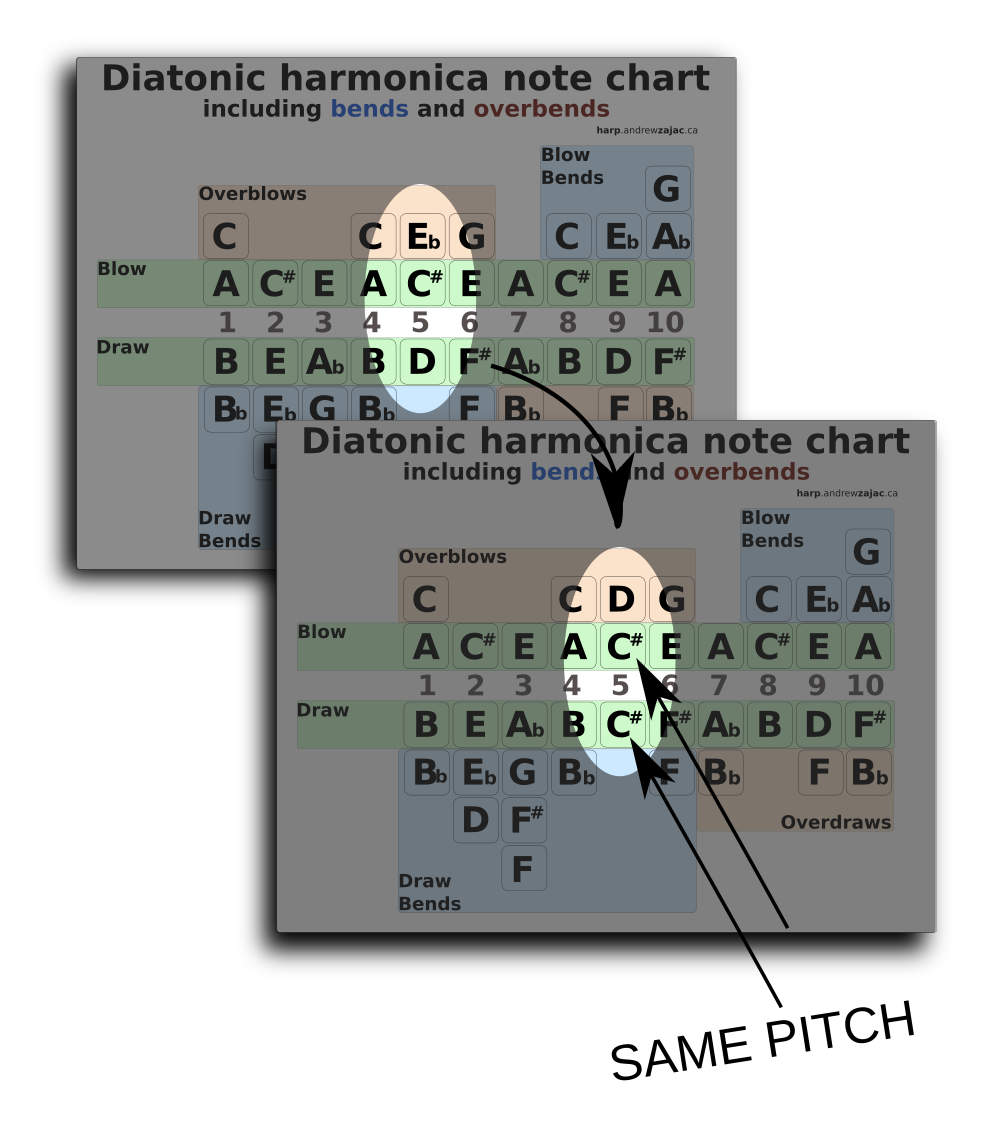 In this setting, if the reeds are not set up for overbends, you will get lots of squealing or as Winslow Yerxa puts it: "noises of unhappy protest."

If the reeds are properly set up, though, you can pop out an overbend.

This is slightly different than a conventional (two-reed) draw or blow bend where you need more than a semitone difference between the pitches of both reeds to "leave enough room" for a bend. For example, that's why there is no real draw bend on the 5 hole of a standard Richter diatonic.

Here's a harp that has some reed work which suppresses the ability of the reeds to squeal. This is hole five:

I applied some BluTak to the draw reed to temporarily drop the pitch to the same frequency as the blow reed. You hear both the blow and draw notes (same pitch but slightly different timbre) and the overblow.

I did the same thing (same harp) with the five six.

It didn't occur to me at the time to attempt and overdraw but I am assuming that if my overdraw technique on holes 5 and 6 were as good as my overblow technique, the note would have popped out just the same.

So, what happens when you overblow a hole with the SAME TONE on the blow and draw reeds?

Answer: The reed can overbend, albeit it's not as easy as when there is more room between the notes. It's a pretty crappy overbend. I would not ever sell a harp set up like this and claim it plays overblows well.