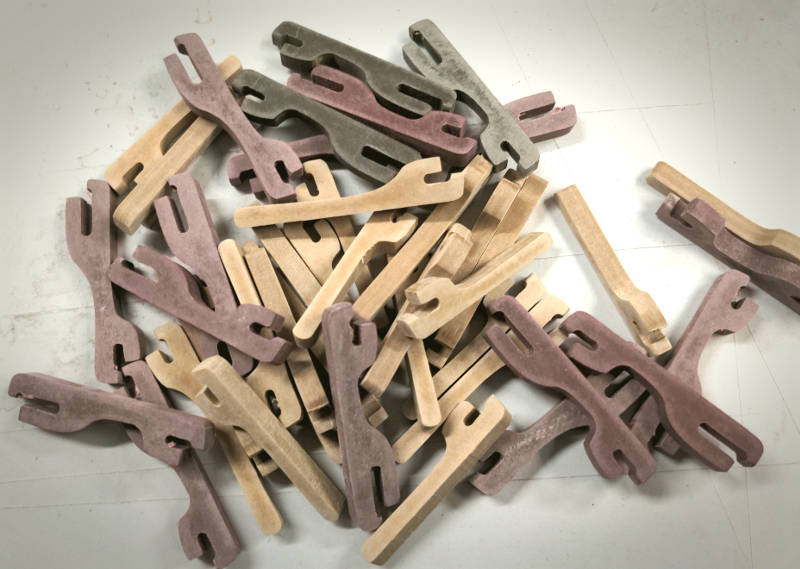 I've made a few batches of prototypes of my Reed Plate Claws over the past year. These prototypes are fully functional but the official version are slightly different. I've made incremental changes to the design of the prototypes but they all work fine.

I'm offering these at a sale price. Two tool set. These sets might include two different versions but they all work perfectly together.

Use these tools to flatten reed plates. Only the Claws are included. See the video for instructions on how to gauge the curvature of the reed plates without any extra tools.

Use the Reed Plate Claws™ to straighten any reed plate.

Straight and flat reed plates are an important part of framework and have a significant impact of making the harmonica powerful, responsive and have great tone.

The standard set of Claws now have two ends, one is the same end that was on the previous version that you can use on any diatonic harmonica and there is a shorter end which is more stable and easier to use. Use the short end to tackle a curvature that's straight down the middle. That's probably the most common type of curvature. 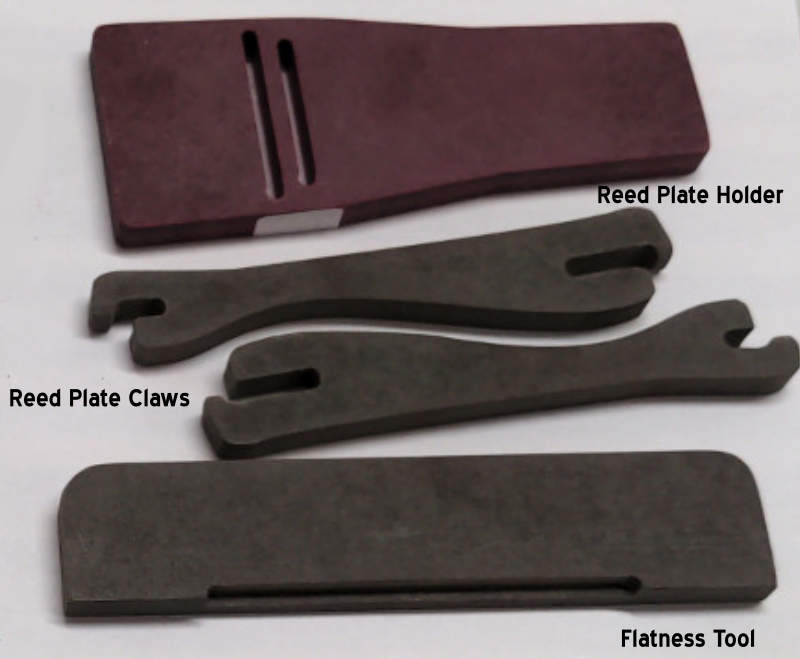 The Compact Reed Plate Claws can be used on most harmonicas: 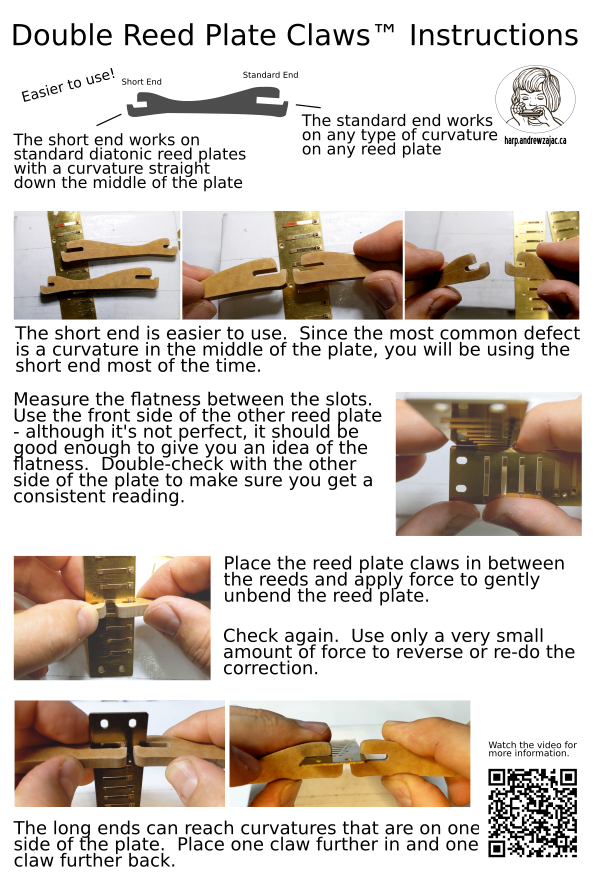