Here are some of the most popular altered tunings that come across my workbench.

I have made some charts with scale degrees and the available chords which are color coded.

How do you tune all these chords when there are so many options? The same reed can be part of four different chords at the same time!

You can't - nor would you want - to tune every chord to be in perfect harmony. Use these charts to help you decide between tuning some chords to be in harmony and tuning to play melody notes. 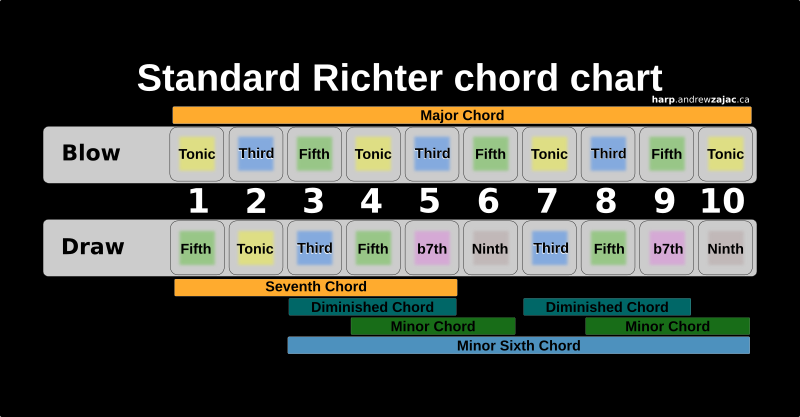 This is the standard tuning scheme for diatonic harmonica. It offers a pretty interesting choice of chords. "Compromise tuning" refers to tuning only the major triads to be in harmony and compromising everything else (minor chords, sevenths, and diminished chords). 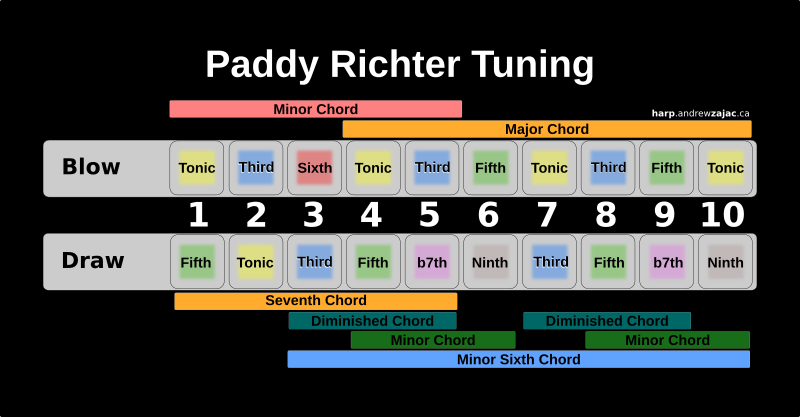 This is the most common altered tuning. The three blow gets raised a full tone.

This gets rid of the redundancy between two draw and three blow and allows you to play melodic runs with more agility in the lower register for things like Irish reels. You also get the relative minor chord on the low end of the blow plate. 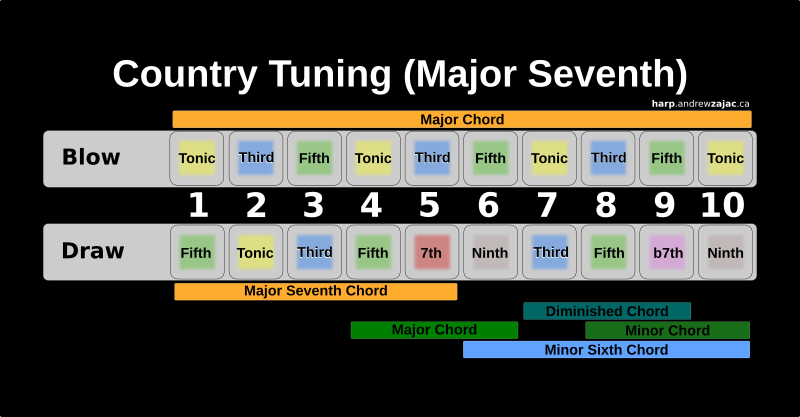 The five draw gets raised a semitone.

This turns the minor seventh of second position into a major seventh which is useful in country music where you don't want a minor sound. It's also very useful in Jazz as a melody note and chord. You get a draw bend on the five hole with this modification.

To tune your harp to country tuning, see Country Tuning. 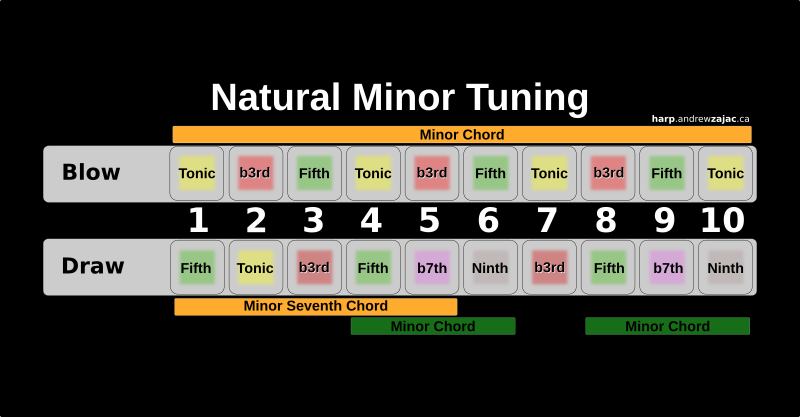 All major third chords are turned into minor thirds. The draw bends on the low end open up new possibilities for soulful sounds as the 2 draw now has three bends. 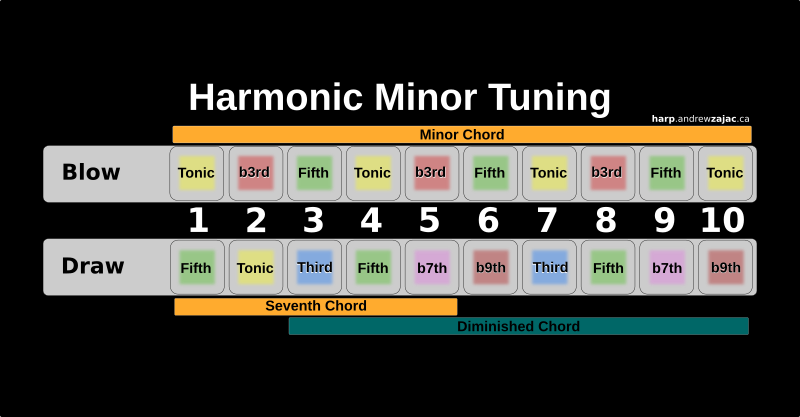 The blow plate is tuned to minor chords and the draw plate offers diminished chords all the way up starting from hole 3. 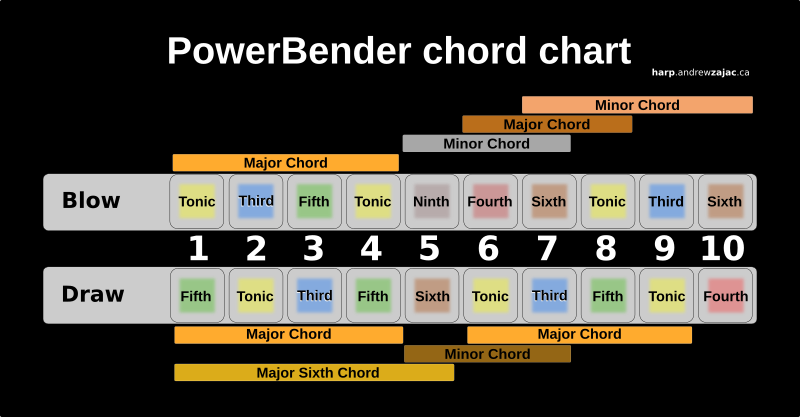 All of Powerbender's draw bends are dual-reed bends which means both reeds collaborate to make the sound. You get a much stronger and smoother sound than you get from single-reed bends like overblows and overdraws or half-valved bends.

PowerDraw is Standard Richter with only the top four holes (7,8,9 and 10) modified to PowerBender configuraiton. 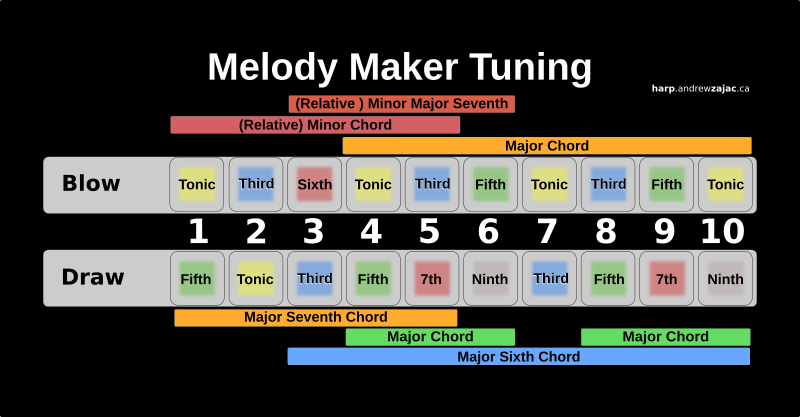 3 blow is raised a full tone and 5 and 9 draw are raised a semitone. 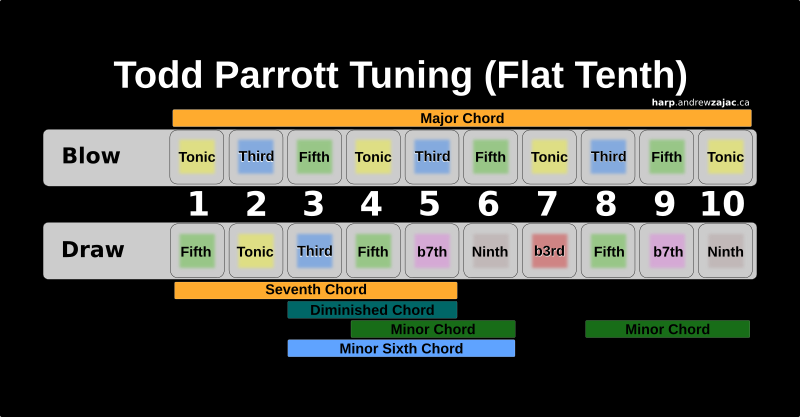 The seven draw is lowered a semitone.

This allows you to play the minor third as a seven draw note in second position, it gives you a blow bend on the seven hole (the major third) and it makes the overdraw easier to hit (the flat fourth). Second position gets a sweet overhaul in the upper register. 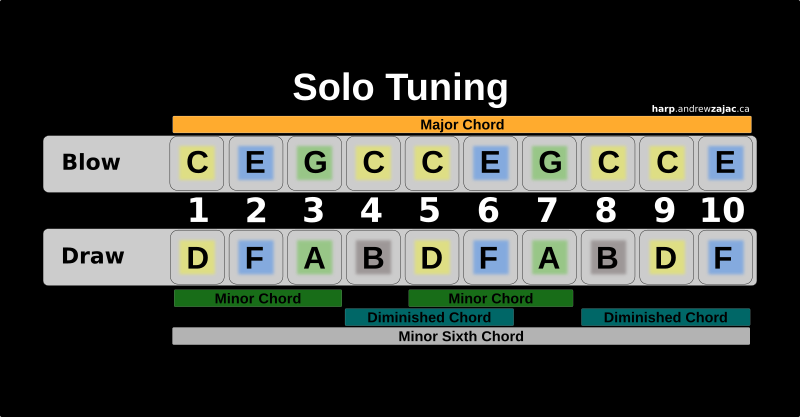 The reeds are altered to be tuned like a chromatic harmonica with the following repeating pattern: C-E-G-C for the blow plate and D-F-A-B for the draw plate.

Here is a list of offsets for tuning intervals in harmony: 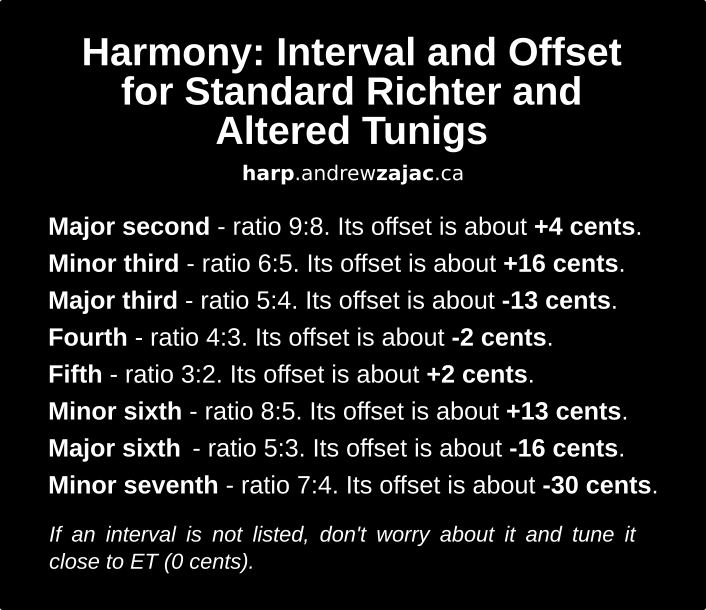 You can find more information about tuning using offsets here: 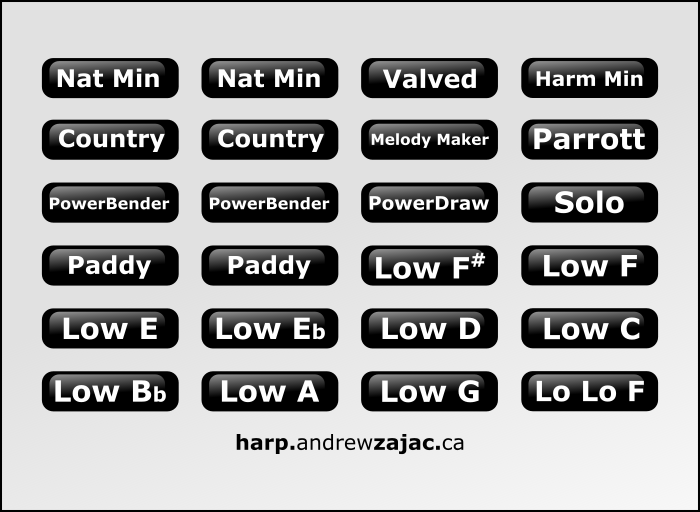 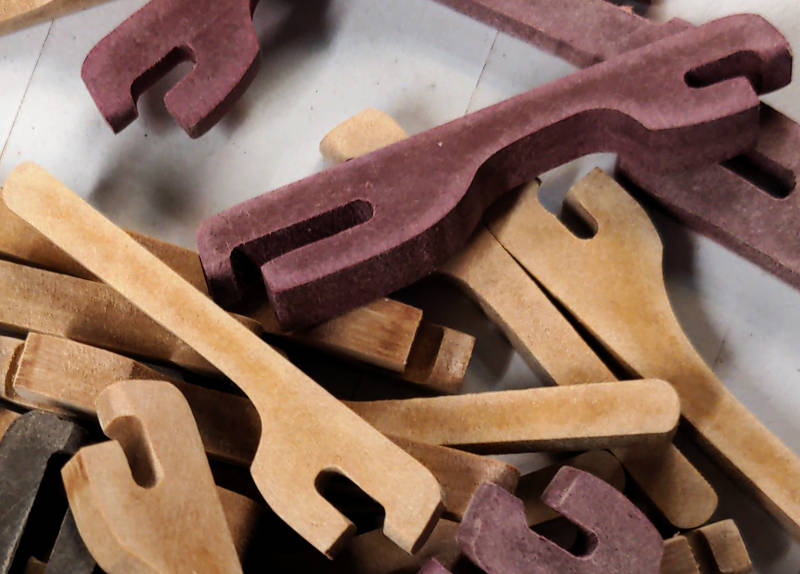