I offer several options for covers on my custom Marine Band Deluxe harmonicas. They are all excellent.

All of these photos are of the exact same Marine Band harmonica. A Marine Band is a Marine Band regardless of what's written on the cover plate.

They shape the sound in the same way as the reference-standard 1896 model but there is less chance of the lower draw reeds hitting the cover plate when you play with intensity. 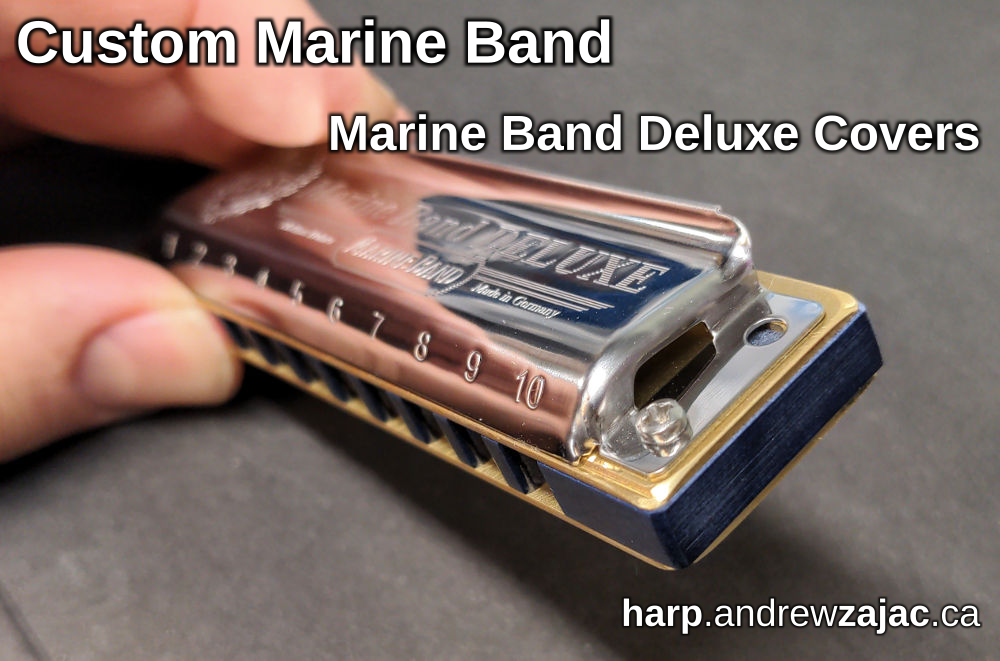 Hohner Rocket covers are as tall as Marine Band Deluxe and Crossover cover plates. They also have nicely rounded corners. The side vents are larger than the Marine Band models. You may notice a louder sound when you play acoustic harmonica because of the way the sound is shaped as well as the side vents. 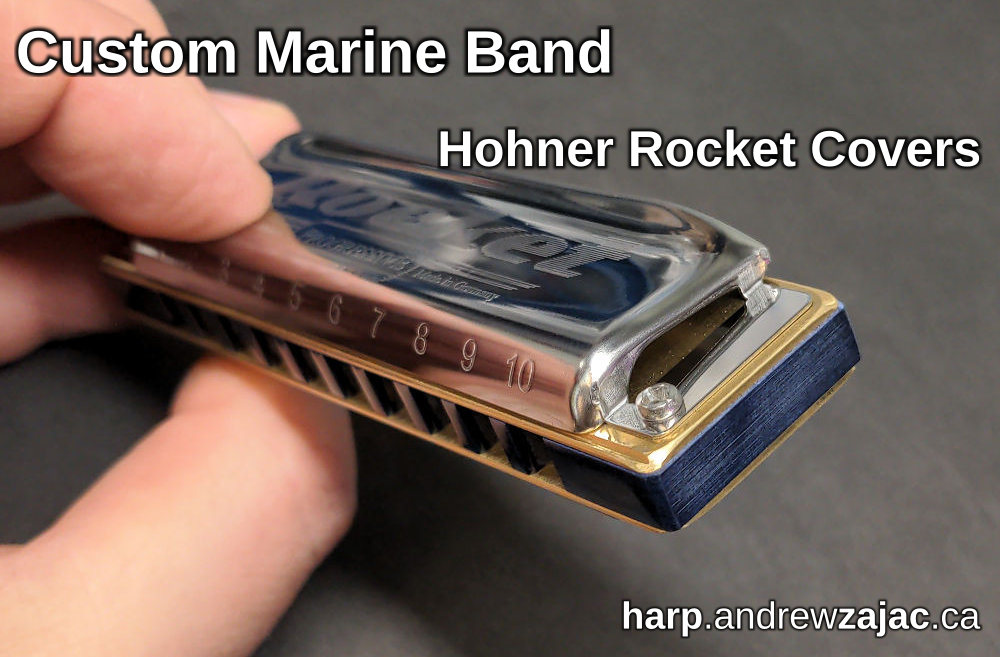 Hohner Rocket AMP and Rocket Low covers have no side vents. The sound is more focused which is ideal for players who mostly play amplified using a cupped mic. 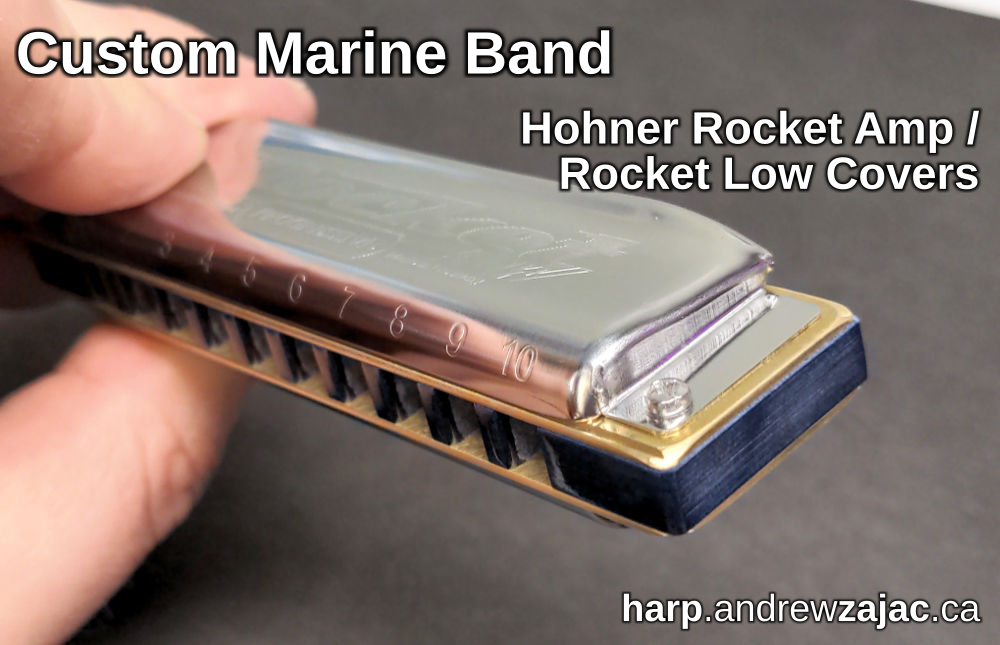 The Backs of Hohner Rocket, Rocket AMP and Rocket Low are also wide open. Their edges are sleeker.