I recently got asked a great question:

Q: I've got a question for you about position numbers.

I get that if I play in first position I'm on a C harp in the key of C. Simple enough. And I get that if I use a C harp and change the tonal center to A minor that I can play a C harp easily enough in the key of A minor. It's just the relative minor game. But what I don't understand is how they've come up with the position numbers. So first position is C harp in C major. And now they call fourth position C harp in A minor. Why call it fourth position? Or take third position playing a C harp in D minor. Why is that called third position. And then again if I use the relative major of D minor and play a C harp in the key of F major they call that 12th position. I get that there's 12 notes in our western chromatic scale. But I don't get how these numbers get assigned to the positions.

The answer is the reason why the diatonic harmonica is the coolest instrument.

It's because it's diatonic.

But each key has many scales. Some scales are related to others. And some scale degrees are more closely related to others. Fifths, for example, are the interval that are the most consonant with and have the strongest affinity for the tonic.

So the answer to your question is: Harmonica positions get their names from their position on the Circle of Fifths.

The Circle of Fifths is a concept of music theory that helps one see the relationships among pitches.

It makes sense that if you play a diatonic instrument in the key that's a fifth from the tonic, you have a pretty good chance that you can work something out. 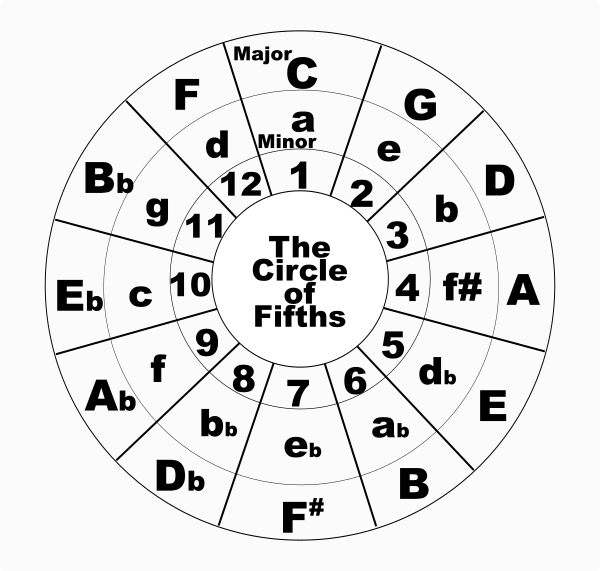 Bent notes were not taken into account in the layout of the notes of the diatonic harmonica. Draw bends have a particularly close connection with the player.

Second position taps into those notes very well and happens to offer the strongest and most expressive scale choice for playing the blues scale as well as major and minor Pentatonic and Myxolidian scales. Second position is by far the most widely used position for diatonic harp.

Third position - the next step in the Circle of Fifths - also has a very strong layout (I would say the next strongest from second position....) The bottom octave makes great use of the available draw bends again in third position.

There is a lot of potential there for Jazz, too. You can play a ii, V, I progression quite effectively on a diatonic harp because of the interrelationship between the scales. Using second position, the ii is the relative minor of the 1 blow note (so you can use the same breath pattern as first position major, just use the relative minor as the tonic), the V is the major scale played starting from the 1 Draw note (so you can use the breath pattern of Third position major) and the tonic is 2 Draw (or three Blow) using the breath pattern of Second position.

So by framing the positions using the Circle of Fifths, we are using an existing tool to help us see how each scale is related with the next.

I hope that helps!

Here's some more information on playing major and minor Pentatonic scales on the diatonic harmonica.