I am prototyping a new support tool.

It's made of sturdy carbon steel that is very thin and very springy. The big change is the blow reed support tail. I recommend filing side-to-side rather than front-to-back. I am finding this is the very best way to tune a blow reed on the comb without altering its shape. 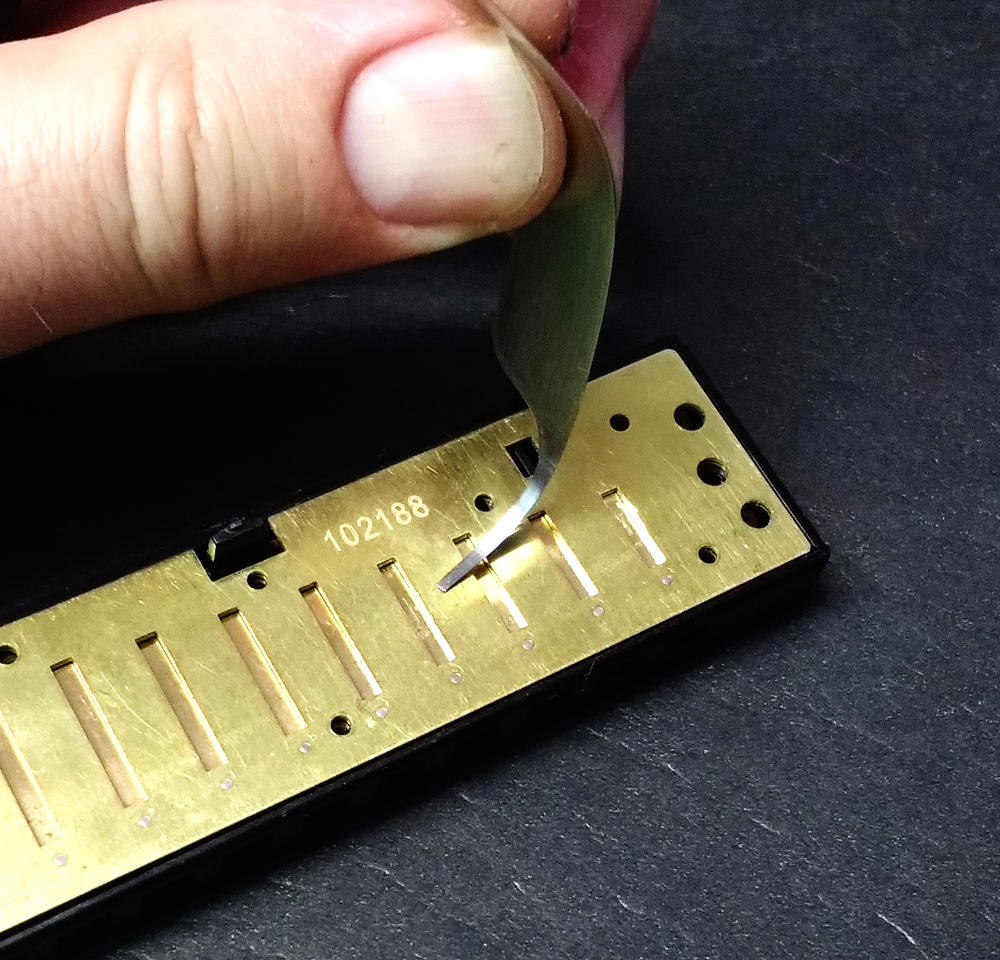 Everything affects tuning (even tuning!) so it needs to be the final job. Tuning cannot undo previous work because that would create an endless loop. So if tuning technique messes up the reed shape, we're going backwards.

What about a rotary tool?

There are many ways to feed a cat so everyone can have their own realities when it comes to getting these tasks done but I have found using a good file is the most consistent and least invasive way to tackle tuning.

Nine times out of ten, if you put a good quality file in someone's hand and offer them rudimentary advice on how to use it and avoid causing damage, they find success. 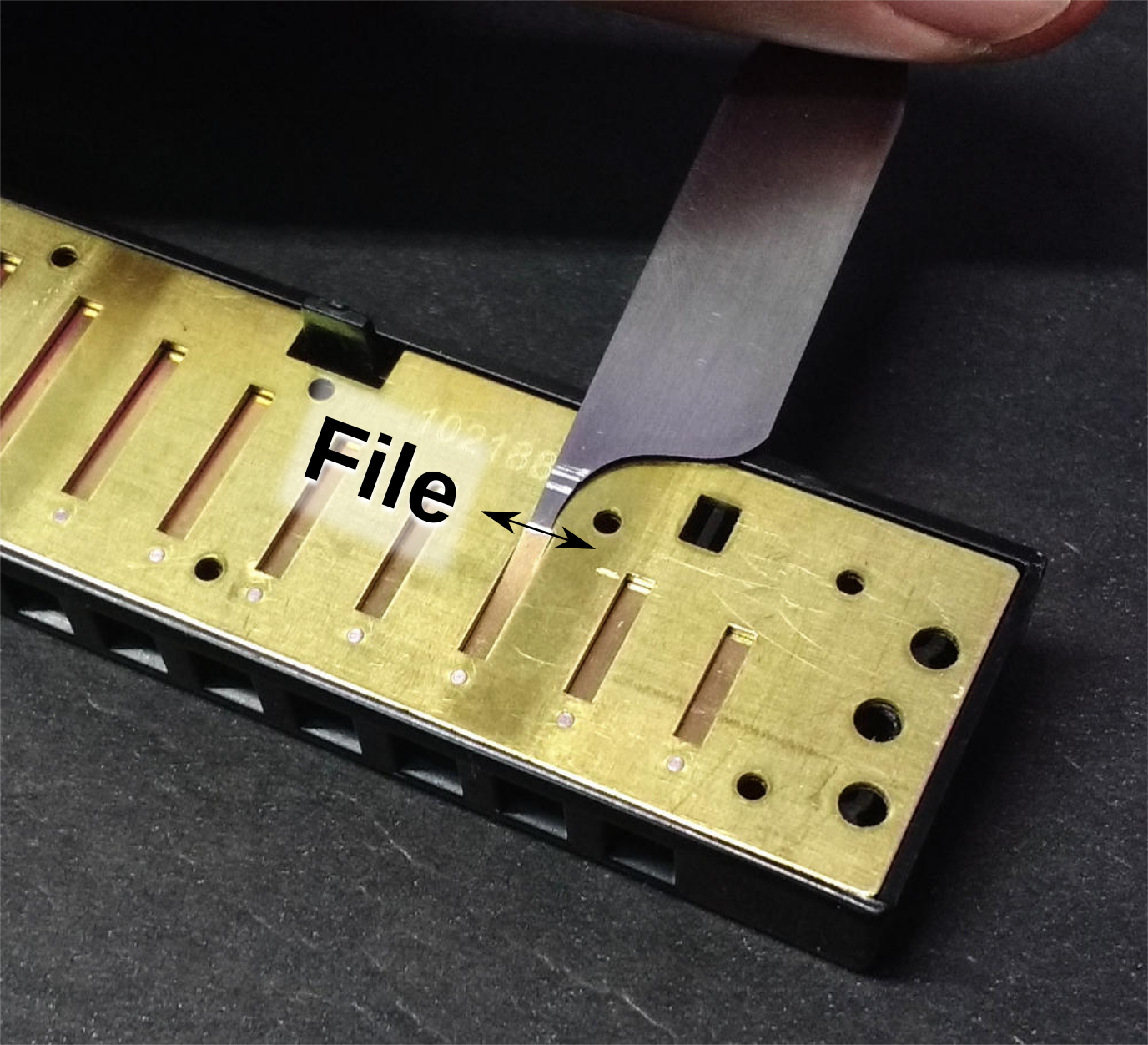 Side-to-side tuning is nuts!!! Do I need a "sharp" edge on the tip of the reed?

There is no evidence that a 90 degree angle is necessary for the tip of the reed to be efficient. In fact, a chamfer will reduce drag. The short segment of the tip of the reed is rather insignificant, though. So if you prefer to avoid the brightness that comes from aggressive chamfering, don't worry about that wee little bit - you won't be able to tell the difference. Just don't shorten the reed!

"Should I direct material removal towards the midline and away from the edge of the reed?"

Removing material from the midline of the reed is probably suboptimal. A sleek reed tip will conserve more energy than a convex soup spoon shape. We don't want to move air, we want to move reed (through air.)